Crafting is an act of self-care, the same as washing your hair, sleeping eight hours, drinking enough water, or saying no to things that don’t align with you.

But there are times when you don’t feel like washing your hair or dragging your tired butt to the gym. You start putting yourself on the back burner. Self what? Can I have it with a side of potato chips?

You know busyness is not a lifestyle.

You also know you’re not on this planet to only pay the bills. Stress shouldn’t be your way of life.

You’re meant to be happy!

It all starts within you.

Sometimes spending time with a little bit of fabric and colorful thread, doing something with your hands can help to find your way back to a happier you.

A few years ago, I was struggling with stress and depression.

I was a chronic overthinker and had trouble falling asleep once my head hit the pillow.

I tried meditation on my own but failed because instead of watching my thoughts, I wanted them to stop. My stress got so bad that my neck and head would ache daily.

I started knitting after reading an article about its benefits and how it’s considered a form of meditation.

I got my hands on all the colorful yarn I could find.

I knitted ALL the things!

After a while, I got back to my sewing machine. I started making bags, flaxseed pillows and began experimenting with fabric versions of Morgan, my cat.

As it happens with real cats, one cat doll led to another.

I took meditation classes, but doing a variety of crafts helps me when I don’t feel like sitting on my zafu but still want to be in a state of peace and joy.

You can achieve this state of joy, as well.

I believe that creating with your hands helps calm and balance the mind.

On my blog, I share crafty projects and DIY Patterns that fit into your busy schedule and won’t break the bank, so you can take a happy break from the daily hustle and bring joy back into your life.

A happier you makes the world a better place! 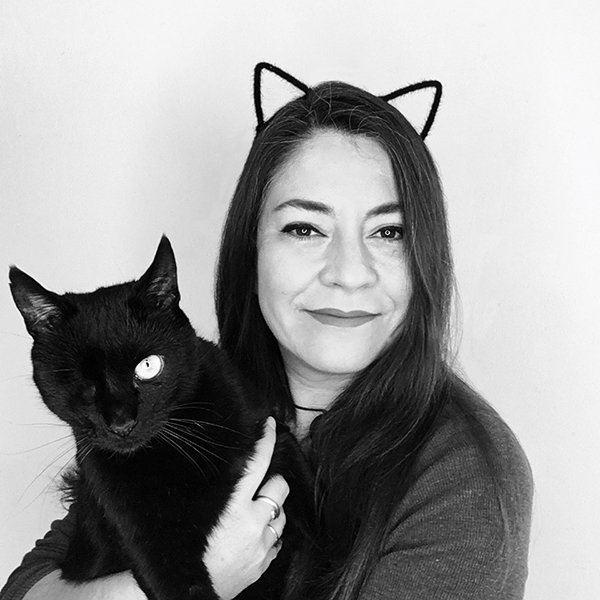 A few things about myself, you probably don’t want to know, but I’m gonna tell you anyway.

Morgan was pretty beaten up by life with a blind eye and a scar on his right side when he appeared behind my house. He was hungry, too.

With six cats living at home at that time, I was reluctant to feed him, but Morgan was a friendly cat, and, as it usually happens with all felines, he won me over. I kept feeding him for three months until it was time to lure him into the house.

I took Morgan to the vet to neuter him, he also had to have his right eye removed because it was a risk to his health. He spent a week there until I could finally take him home.⠀
⠀
Morgan became my closest friend at a time when I was mentally broken. In a way, we were both damaged goods supporting each other in our recovery.

Every time I crossed his path, he would come running to me and ask for a hug. I guess that was his way of thanking me for giving him a forever home.⠀
⠀
To this day, Morgan always makes sure to thank me for saving his life. He rarely leaves my side. He goes where I go, he sleeps where I sleep.

He’s my best furry friend, the cat I spoil the most (don’t tell the others), the one who made me see that scars deserve love, too. 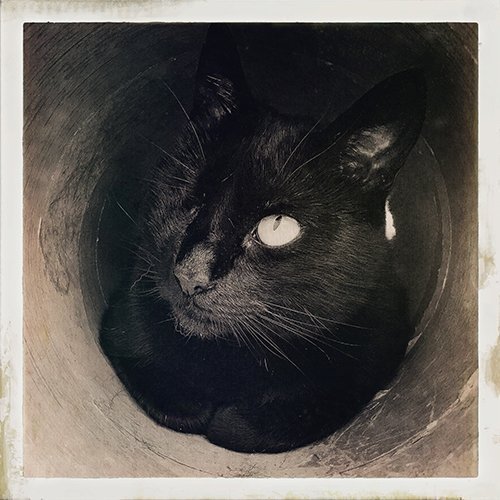